The final showdown between the Governor and the prison group takes place in this episode. Many fans were disappointed with this episode since it wasn't much of a fight. Only Martinez and Shumpert were really putting in any effort. The big battle was not meant to be and in the end, the Governor leaves, never to be seen again.

Before the Governor leaves for the prison however. He sets up a situation with Milton and Andrea that will end in pain for Michonne and the prison group.

Carl unjustifiably kills someone and then confronts Rick with some truths about how he feels about Rick.

At the end of this show, my dad and I stay on the Mic and talk about some personal stuff. We put it after the end of the show closing so you guys can skip it if you want. We won't do this often and it's a bit of an experiment. 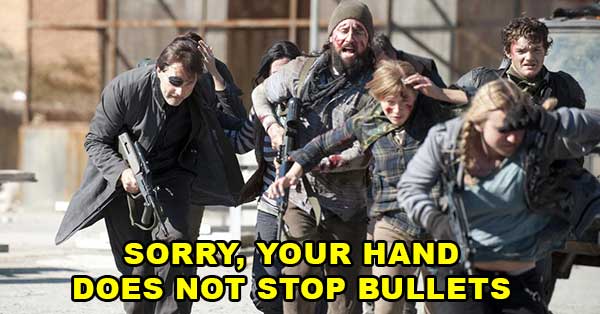 The Governor using his hand shield